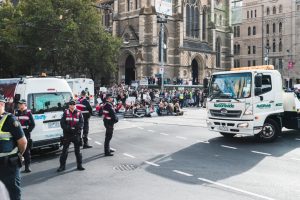 Agriculture Victoria recently released a directions paper for a new Animal Welfare Act for Victoria to replace the Prevention of Cruelty to Animals Act, which was written in 1986. This is the first formal consultation step in what will be a long process of development.

The replacement of the existing legislation provides a platform for a radical change to the way in which we live with animals. The current law is based around animal welfare. The proposed law will be based on the idea of animal rights.

Animal rights activists say that animal welfare and animal rights are the same thing. They are not. There is a gulf a mile wide between the two.

The progress of the animal rights’ movement has not occurred overnight. It is a good example of the observation made by a famous economist, John Maynard Keynes, in the 1930s

The foundation of animal rights is the proposition that human beings are not unique, that we are just another animal. To believe that humans are unique is “speciesism” or “discrimination” against species which do not belong to our species.

It’s a contention that animals are able to perceive or feel things and, therefore, that they have rights. Ultimately the same rights as humans.

The publicly acceptable version of these ‘rights’ have been summarised as the five freedoms:

According to the RSPCA, the Five Freedoms was the first widely accepted evidence-based framework to capture the key aspects of animal welfare in one model. These have expanded over the years and the next step is self-determination.

Hunting organisations have been seeking to draw attention to the implications of this radical ideology for more than ten years. It is a David and Goliath battle. To give you an idea the income of just one animal activist organization Animals Australia in 2019-2020 was $20 million.

Protecting the interests of hunting requires a united, disciplined, strategic and hard-headed approach to this challenge.

Australia’s major hunting organisations are taking a combined, cohesive approach to address challenges as Victoria moves towards new animal protection legislation and to shape the framework to ensure that hunting continues to grow and to play its important role in the community – socially, environmentally and economically.

The Australian Deer Association, Sporting Shooters Association of Australia, Field and Game Australia and Victorian Hound Hunters have agreed on core principles and on a shared facilitator to prepare a detailed submission to the directions paper and an engagement effort beyond that.

Animal Welfare is core business for hunters – we share deep and unique responsibility for the welfare of both the animals we hunt and of our companion animals.

We are actively engaging with other groups with shared or overlapping interests on this issue.

There are a number of areas of potential concern in the directions paper – some are longer term strategic concerns and some are immediate tactical concerns – because those driving this legislation have as their objective a platform on which to prosecute an animal rights’ agenda in the years to come.

Whilst this work is going on, all hunters are encouraged to also engage in this process either by completing the survey or making your own written submission on the Engage Victoria website https://engage.vic.gov.au/new-animal-welfare-act-victoria

If you take the survey, we have identified the following positions on particular questions as best for hunters:

None of the options

Why? Because there is no practical value in including sentience in legislation at all. The meaning is clearly defined and it its inclusion would be for ideological purposes.

Why? In order for this to be workable the requirements would need to be extremely detailed and lengthy in order to cover all scenarios – otherwise they would be too open to interpretation and abuse.

Why? This is the safest option to ensure that the complexity of how hunting sits in animal welfare is well considered and catered for.

Why? Because National Standards can be made without due consideration for unique circumstances in Victoria. The State should always leave itself the option to be more flexible.

As this matter progresses and develops we will provide you with more information and more opportunities and advice for engagement.